I listen to a pretty fair amount of music. Not as much as when I was a young lad, back in high school or college or even graduate school, but I’ve still got my finger on the pulse of…well, not current trends in popular music, but something. I know what I like, and I usually find plenty of stuff to listen to each year.

This year, it was a little tricky to come up with ten albums that I actually really liked. There were lots of disappointments for me (hello, Arcade Fire’s Reflektor), but I still managed to find ten albums I really enjoyed.

10. The National, Trouble Will Find Me: This album didn’t feel as strong as High Violet, and there were plenty of songs that I feel just fell flat, but the songs that are good (“I Should Live in Salt,” “Don’t Swallow the Cap,” and “I Need My Girl” all jump immediately to mind) are really, really good. And the album works really well in a live setting, I can attest. I hate to use the term, but Trouble Will Find Me is one of those albums that’s just a grower. It honestly just gets better with every listen. Even just in the few months this album has been out, I’ve already found a half dozen tracks on it that I absolutely love. In time, as with all other albums by the National, I’m sure it’ll be one of my favorites and something I put on all the time. 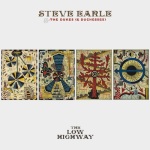 9. Steve Earle & the Dukes (and Duchesses), The Low Highway: This album mines the same vein of Americana Steve Earle’s dug in to for the past several albums, but I’m not complaining. I mean, why fix what ain’t broke? There’s still plenty of mileage left in what he’s doing here, if you ask me. I really wish more country musicians would go this route, mining not just country but folk and other branches of American music for their inspiration (because, seriously, the dudebro country that’s so popular right now really, really needs to go away and never come back. I don’t care how many parties you’ve been to down at the ol’ swimmin’ hole; country music can have way more depth than that, dudebros).

8. She & Him, Volume 3: This album finds M. Ward and Zoey Deschannel in fine form (actually, much better form than the mediocre Volume 2 from a few years ago), and Zoey’s vocals much stronger and more interesting than last time around. The songs are by turns bright, bouncy, and bittersweet, and the duo prove there’s still plenty of good stuff in the tank. “I’ve Got Your Number, Son,” is one of the most infectious slices of pop songcraft I’ve heard in absolute ages, and it’s just fun to listen to, and just about every single track is jam-packed with retro-style arrangements and good, old-fashioned pop songs that you can’t help but bop along to. The world needs more fun music, if you ask me. 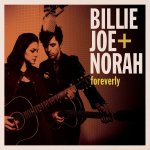 7. Billy Joe + Norah, Foreverly: Billy Joe Armstrong of Green Day and Norah Jones doing duet covers of old Everly Brothers tunes? Who thought this was a good idea? And where can I find them, so I can shake their hand and tell them they were right? Holy crap, I wouldn’t have given you ten to one odds this would’ve worked, but it totally does. The two of them have voices that meld together well, and the playing is understated but effective. These are simple songs from a bygone age (I’m not about to call it a simpler time, because that’s just stupid), and the duo give the songs a reverence, a sense of awe and beauty and wonder that you don’t get to hear all that often in contemporary music. It’s in sharp contrast to the bright bubblegum retro styling of She & Him, but coming from a similar love of the classics.

6. Neko Case, The Worse Things Get, the Harder I Fight, the Harder I Fight, The More I Love You: As Neko Case becomes harder and harder to classify musically, the more I find myself enjoying her work. Sure, there’s something to be said for those early hard-driving alt-country albums, but her last three records have become increasingly impossible to pin down, and she seems to revel in the violation of genre conventions. And damn, can that woman sing. “Man” is a fast-paced, exciting song that I find dangerous to drive to (unless you’re okay with doing 90 mph down the highway), while other tracks like “Nearly Midnight, Honolulu” are slower, more-thoughtful ruminations on filial relations and how those can really screw us up. Like, really screw us up.

5. The Flaming Lips, The Terror: This album lives up to its title. Full of jittery, nervous tunes, a dark sense of foreboding, and lyrics that are something like the sinister flipside to Yoshimi Battles the Pink Robots, The Terror leaves you feeling ill at ease. But it’s also a damn good set of songs, which is to be expected from a group that’s been going for about thirty years and shows no sign of slowing down or settling into a rut. While I didn’t enjoy this album as much as Yoshimi or At War With the Mystics, it’s still a solid offering, and one that I’m likely to return to somewhere down the line, when I’m more comfortable with getting creeped out and unnerved by music. It, um, might be awhile, though. 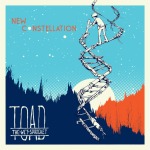 4. Toad the Wet Sprocket, New Constellation: Holy cow, a Toad the Wet Sprocket album? Is it the ’90s again? I wouldn’t have thought this would happen, but they did a Kickstarter campaign and funded their first new album in 16 years. What’s interesting is that they managed to sound like Toad without sounding like they were frozen in carbonite back in the late ’90s. Instead, they sound like they kept playing in those intervening years and kept growing and developing as a band, and this is the record they happened to put out. It’s pretty great. There are lots of achingly beautiful songs, Glen Phillips sounds just as good as he ever did, and the band sound like they never broke up. It’s really everything you could possibly want out of a Toad the Wet Sprocket album in 2013. 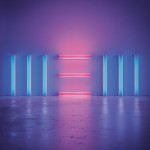 3. Paul McCartney, NEW: Seriously, is this just the year of guys you thought were done doing anything interesting surprising you? ‘Cause I wouldn’t have thought a latter-day McCartney album would be anything to write home about. Sure, some of his stuff in the past decade and a half has been good (I loved Run Devil Run, and Flaming Pie certainly had its moments, but Memory Almost Full? Driving Rain? Ugh), but to come across a McCartney album this good, this vital, this current, in 2013? If you’d told me about it ten years ago, I’d’ve called you a liar. And then asked you how you’d managed to time travel to 2003. But you get the point: the album’s title isn’t just laziness, it’s a declaration of artistic relevance as McCartney settles into his 70s. There are musicians out there in their 20s who aren’t being as creative as this guy is right now, and that’s damned impressive. McCartney always seemed to rely more on craft than anything else, but this album shows he’s willing to learn some new tricks and move with the times a bit, all while remaining resolutely Paul McCartney.

2. Josh Ritter, The Beast in its Tracks: I wasn’t so fond of So Runs the World Away when it came out. I thought it was overproduced and a little too thick with layered instrumentation. This album feels like a direct response to such criticism. It’s much more stripped-down, with a greater focus on guitar rather than piano, and a bunch of songs that apparently detail the collapse of Ritter’s marriage. None of that matters, though, because it’s probably his best overall set of songs in years, with its fair share of wit, warmth, sadness, and cleverness, all wrapped up in arrangements that aren’t too busy or too fussy. It’s exactly what I want out of a Josh Ritter album.

1. Bob Dylan, The Bootleg Series, Volume 10: Another Self Portrait: What do you get when you put together a few dozen outtakes and alternate versions of songs from one of Dylan’s most controversial (even reviled) albums? Um, a great freakin’ collection, that’s what. While Self Portrait is overwrought and undercooked, possibly purposefully so, this collection reveals the bones of the work, often just Dylan with a guitar, and it’s a fascinating look at what he was trying to accomplish in the early ’70s. That the collection also contains tracks from what became New Morning (a much better-received album that Self Portrait, though really of a kind with it in many ways) and some live stuff with the Band only makes this one of the best things I’ve heard all year.