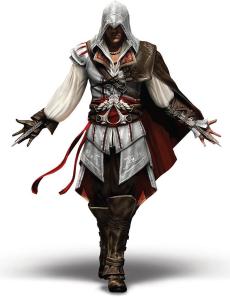 Don’t get me wrong, Assassin’s Creed III is a fantastic game so far (I’m about 8 or so hours into it). The game looks beautiful, the setting is rendered wonderfully, and I don’t mind just running around in the forest hunting stuff (I keep running up and killing things with my bare hands. It’s awesome).
The story so far is pretty good, too, though I’m only just now getting into the whole “go out and kill the Templars as the Assassin” bit of the game. There’ve been some neat twists in the plot, a couple of things that I wondered about that paid off in interesting ways. This episode (it helps to think of each game as an episode in a longer arc) definitely feels like it’s going to wrap things up, like the stakes are pretty high. I don’t even mind the Desmond bits as much, as he seems to finally be figuring out what he has to do and gets to do a couple of halfway interesting things (such as scaling a really tall building in modern Manhattan, then base jumping off it).

But I still miss Ezio. I had three games to get emotionally invested in that character, and Connor just doesn’t have the same appeal. He’s more of a “generically-angsty young man out for revenge;” and while that was an element of Ezio’s story, too, he seemed like a deeper character (also, aside from seeing his family murdered in front of him, he had other, not-so-angsty elements to his life, like all that mackin’ he did on Christiana). 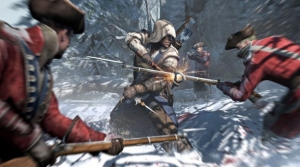 I think, really, the main difference between the two is that Ezio still found some joy in life, and I haven’t seen any of that from Connor yet. Admittedly, still not that deep into the game, so there’s time for it to develop. I do like many of the changes they’ve made in the game, though the revised combat system has taken some getting used to (especially as I was playing the original Assassin’s Creed in the days running up to AC3’s release). I like the new blending/hiding system, and the eavesdropping system is interesting if not always easy to pull off correctly. All in all, I’m pretty pleased with the game, and it remains the only game series I will automatically plunk down $60 for and even bother with pre-ordering. 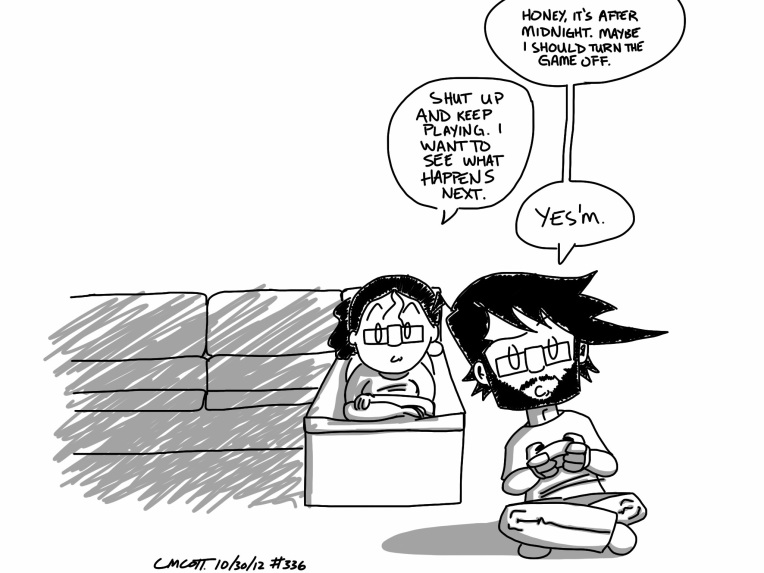 I got the new Assassin’s Creed game today and spent a good 8 or so hours playing it. It’s quite the spectator sport around here, too: at one point, Michelle, Meredith, and another friend of ours were all sitting around watching as I played. None of them want to play the,selves, mind you (except maybe Meredith), but they love to watch. I’d probably still be playing right now if I didn’t have to go to work in the morning. 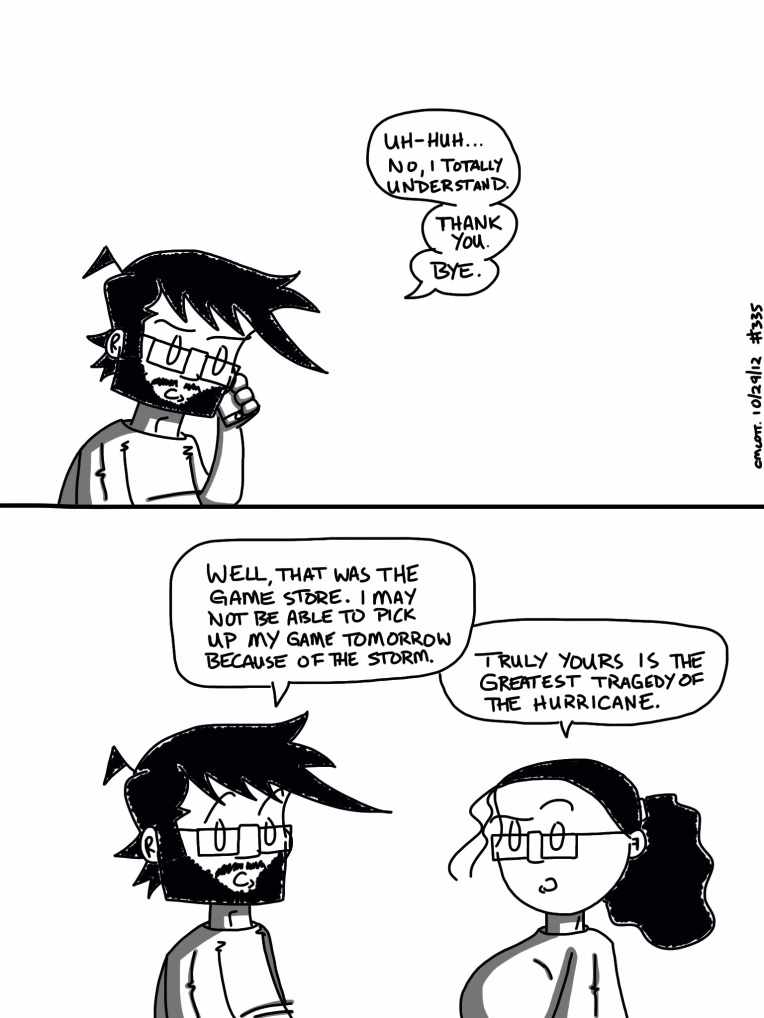 Truly, these are dark, stormy days. 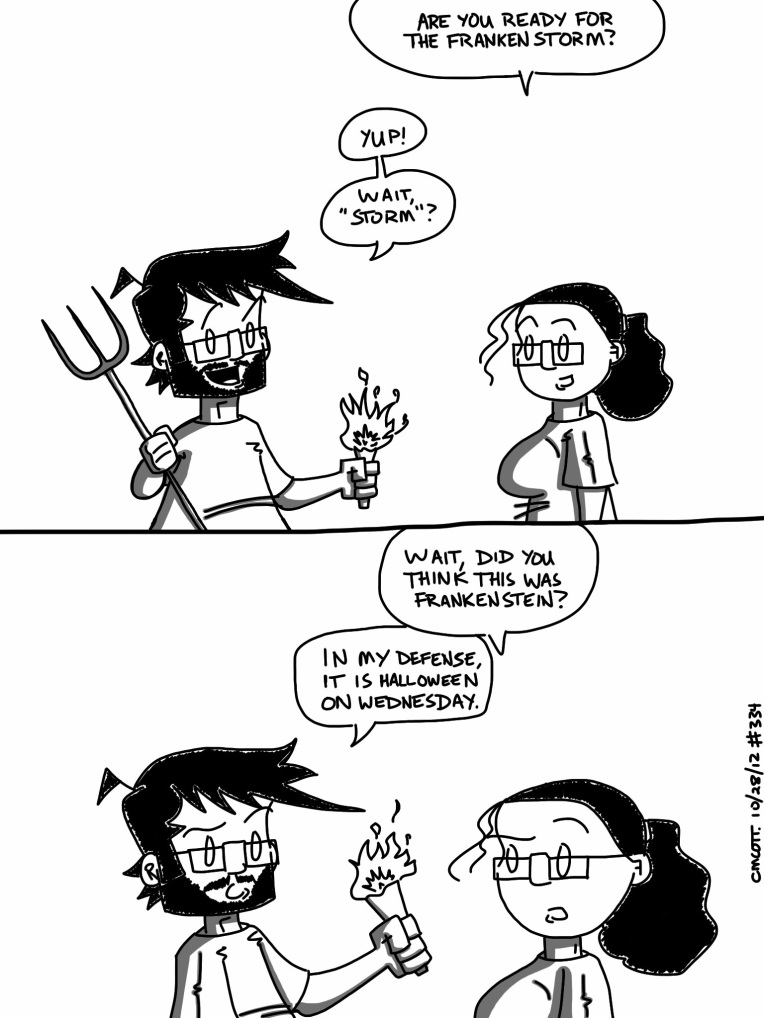 Storm is immanent. Soon, we’ll be in the midst of two storms colliding right on top of us. I like to think I’m ready. 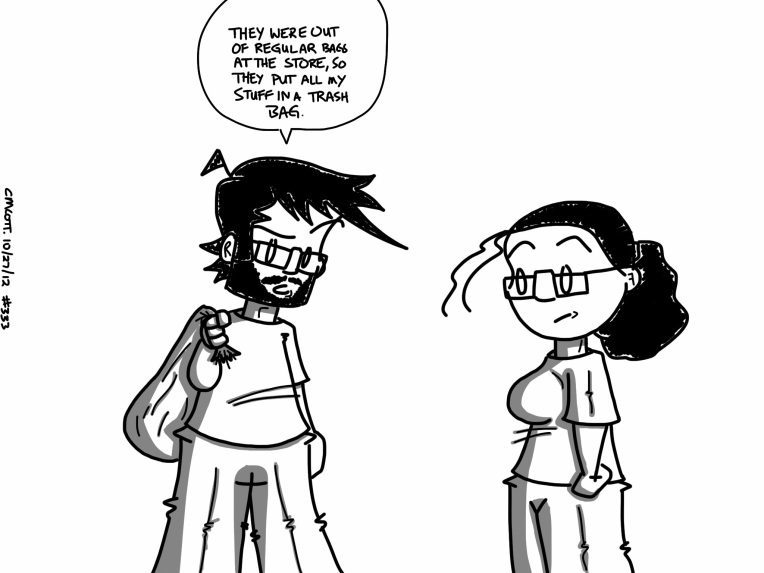 Seriously, she might as well have, as unwieldy as it is to carry the damn things. 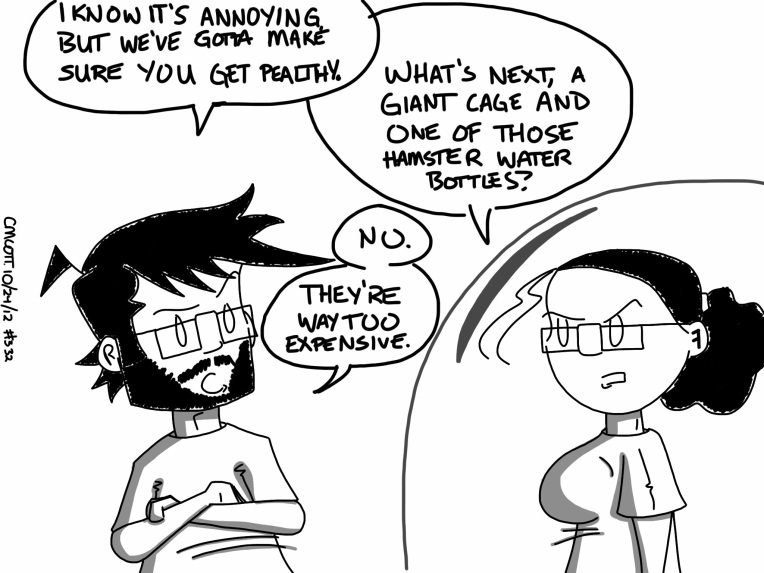 Wife still sick. I am going to have to quarantine her, I think. 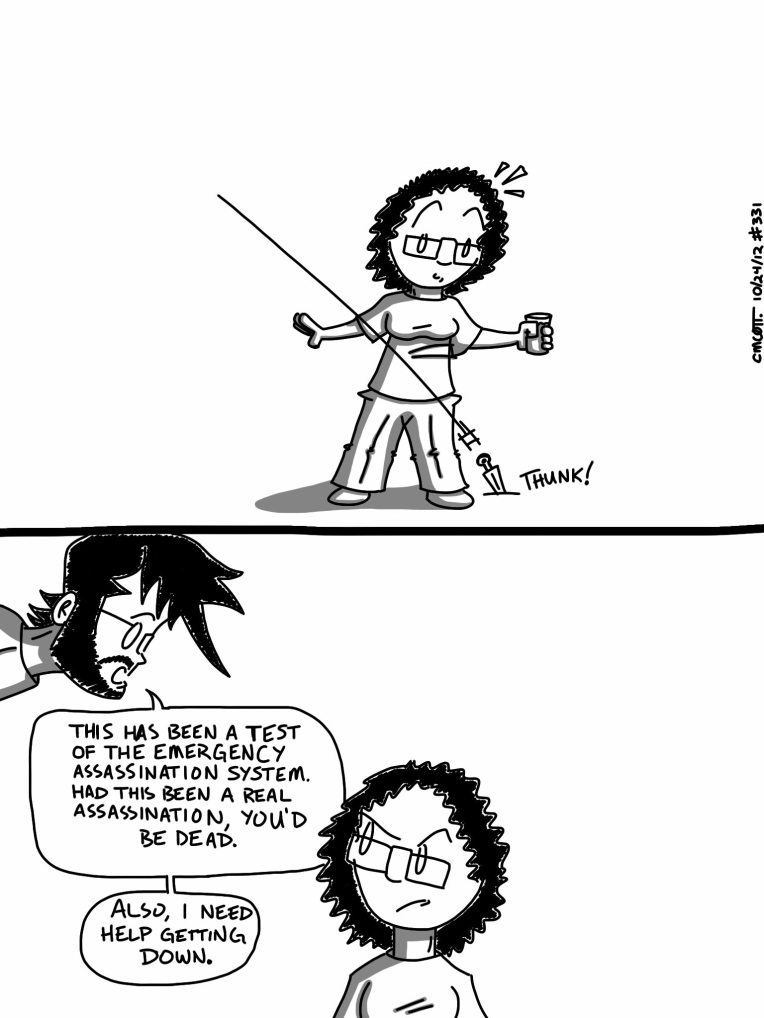 I am so ready for the new Assassin’s Creed game. Next week! Very excited. 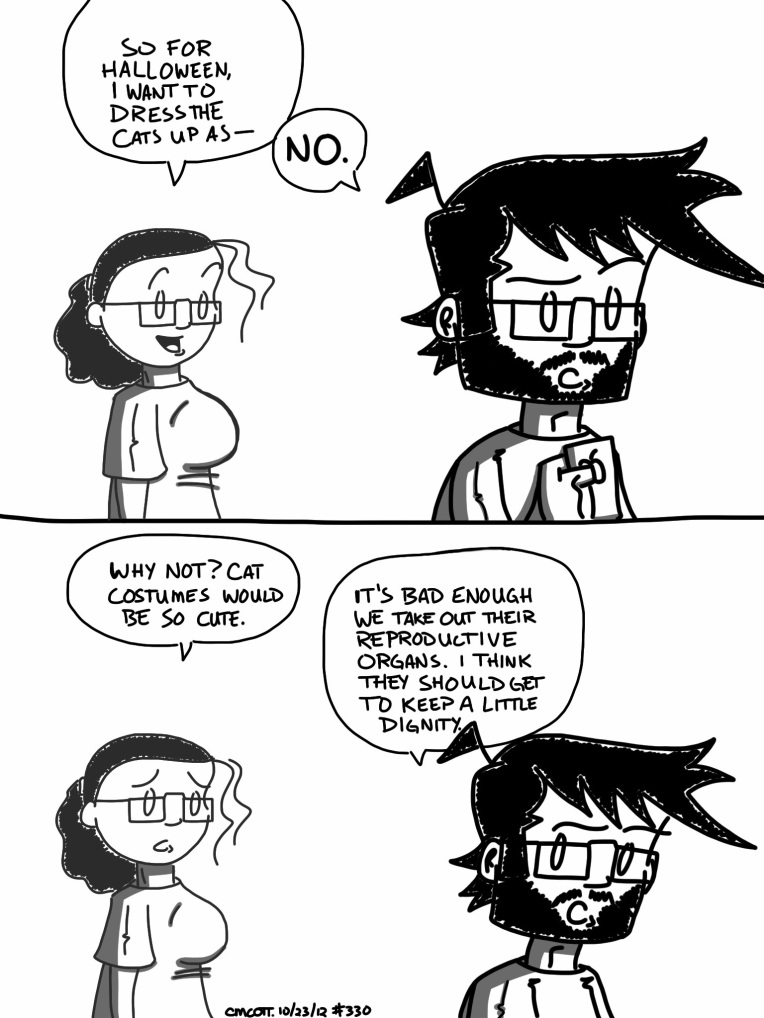 Seriously, don’t dress your pet up in ridiculous costumes. Lets give our furry friends at least the semblance of dignity. 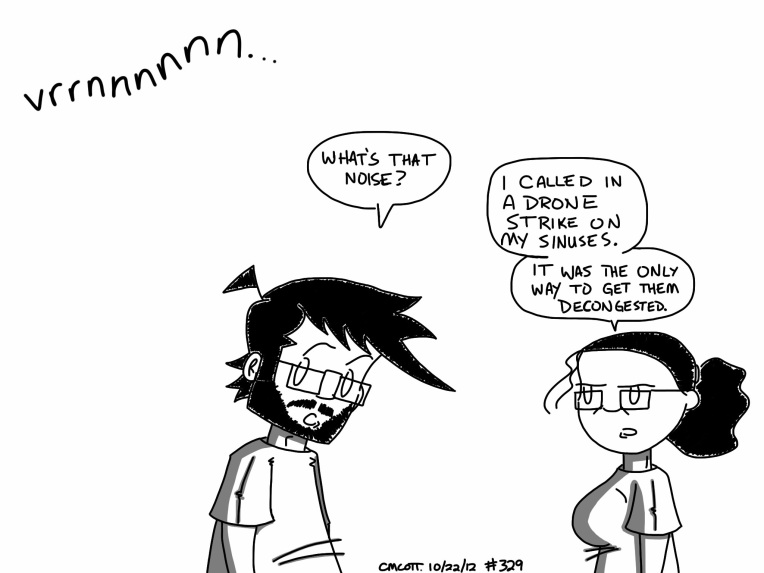 How many comics can I milk out of my wife’s illness? Several, apparently.

Also, this finally catches me back up to where I should be. Huzzah!