It’s a question that’s been asked since we first figured out how to record sound onto physical media for later playback: if you were stranded on a desert island and could only have five albums to listen to for the rest of your life, what would they be?

Now, admittedly, in the age of the iPod and cloud-based computing, this is maybe a slightly less relevant question than it once was. However, it’s still a fun exercise, and one I have given much thought to over the past few days. It doesn’t hurt that I watched High Fidelity Friday night.

Anyway, my top five, desert island discs are, in no particular order:

1. Wilco, A Ghost is Born: This may not be the best Wilco album (an honor that still goes to Yankee Hotel Foxtrot or maybe SummerTeeth), but it’s my favorite. It’s one of those records I can listen to over and over and never get tired of it (well, except for maybe “Spiders (Kidsmoke)” and “Less Than You Think”). Plus, every time I hear that record, I hear something new in the songs. That’s something worth taking to a desert island. 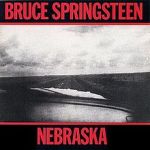 2. Bruce Springsteen, Nebraska: Atypical of the Boss’s albums in terms of style and arrangement, but Nebraska is (I think) the essence of Springsteen’s songwriting boiled down and stripped of all unnecessary elements. It’s just his voice, his guitar, and occasionally a harmonica. It’s just the bare soul of the songs, and you really connect with the tunes on this album in a way you can’t with some of his more elaborate, bombastic stuff with the E Street Band. I know folks toss around words like “haunting” a lot for records like this, but it’s applicable. And it’s not like there’s a single bad song on the record, either: “Atlantic City” is a fatalistic yet somehow still optimistic look at struggling through a rough economy, “Open All Night” is a fun, goofy rockabilly number, and “Reason to Believe” is at times warm, at times sad, and at times jubilant. This is Bruce’s best storytelling album, hands down.

3. The Beatles, Rubber Soul: It’s hard not to just pick all Beatles albums for this (and even then, it’s hard to just pick five), but if I had to narrow it down to a single Beatles record for the rest of my days, it’d probably have to be this one. It’s the Beatles at the peak of their early career, transitioning into the headier themes of the second half of their arc. You start to get a bit of the experimentation that was to come (“Norwegian Wood” and its sitar, for instance), but you still have just really well-crafted, fun pop songs, too. I think I’d have to have the version of the album with the false start on “I’m Looking Through You,” just because it’s always interesting to think of the Beatles as fallible.

4. AC Newman, Get Guilty: I would listen to this guy sing the phonebook, I think, because he just writes such damn catchy songs. This would be the album I’d have to spin to remind myself that, while I might be stuck on a desert island, life is still pretty damn good. Also, maybe I could finally take the time to figure out what the hell it is, exactly, that he’s singing about. It’s the newest album in this group, admittedly, but it’s one that I listened to a dozen or so times in the first few months that I had it, and I never seem to get tired of songs like “Like a Hitman, Like a Dancer” or “Elemental.” Alternately, I could swipe this out for the New Pornographer’s Twin Cinema, which is essentially more AC Newman goodness with Neko Case singing a bunch (and that’s always awesome). 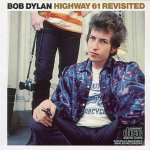 5. Bob Dylan, Highway 61 Revisited: Selecting a single Dylan album to take is, much like the case with the Beatles, very difficult. But if you have to go with just one, this is the album to go with. From the pistolshot crack of that first snare on “Like a Rolling Stone” to the honky tonk piano of “Just Like Tom Thumb’s Blues” and the wailing harmonica outro on the epic “Desolation Row,” it’s an album unlike anything else in his catalog, and there’s just not a bad song on it (well, maybe “Queen Jane Approximately,” but that’s less bad and more just kinda boring). Plus, I’d have that police whistle thing from the title track to keep me company on those lonely nights on the island.

It’s hard making a list like this. On another day, it might’ve included Van Morrison’s Moondance (or Tupelo Honey), or the Avett Brothers’ Emotionalism, or Tom Petty and the Heartbreakers’ Damn the Torpedos! (yes, the exclamation mark is necessary and part of the title), or Pink Floyd’s Meddle, or…well, you get the idea. This isn’t easy.

But, dear reader, what would your top 5 desert island discs be? Let me know in the comments section!